Really,  his choice of Bannon says it all. But in retrospect Bannon seems  kind of mature. Especially when compared with  Papadopoulos or Scaramucci.  But then, there is Trump’s doctor, Bornstein, who was his doctor for nearly (1980-2016) 37 years!  Wow!  Of course Trump doesn’t drink, has never smoked, and has always had access to a LOT of money.

Putin would have recognized Trump for what he really was right at the beginning.  Bannon probably did too and thought that he could manipulate him.  Mitch McConnell might have recognized that Trump was his (McConnell’s) last opportunity to give the Republican Party an enduring legacy by appointing judges throughout the nation’s courts, so whatever Trump would venture into, McConnell would go along with - as long as Trump stayed away from anything to do with the judges.

I don’t think Donald Trump is a Russian Agent, by any means.  But Trump is interested in creating  his own pathway.   He feels that he is much smarter than anyone else, and Putin recognized this right away, perhaps even before their first meeting.  Putin also recognized the discontinuity of Trump’s background in geo-politics, his lack of experience in that area, and his disregard of most briefings from his specialists.  This feeling seems to me to be enhanced by the way the other Russian leaders (besides Putin) act when they are in Trump’s presence.  They appear to be overly friendly, and seem to even be faintly amused by him.

So what I see is a matter of intended control.  Trump sees Putin is regarded as smart by many people and Trump knows that he (Trump) is head and shoulders above Putin and he (Trump) may even think that he (Trump) is maneuvering Putin when in fact, it might be the other way around.

Now to deal with the Collusion issue, it may just come down to the belief that Trump thought Putin might think that he (Putin) had put a clever one over Trump, where as in fact, Trump had nailed down Putin by letting Putin think he (Putin) had beaten Trump, whereas it was really just the opposite,

What is legal and what is illegal?   What is the difference?  It appears to me that Trump sees the law as a restriction that applies to other people.  People who have Power, by virture of money or politics though, only have to "appear" to be abiding by the law, particularly if they have access to a group of attorneys who can "shape" the law to Trump's liking.

Posted by fauxtaographer at 3:02 PM No comments:

Do We Really Need the Republican Party?

2018.1220Th1629.  The question occurring to more and more people, more and more often is “Do we really need the Republican Party?”  We know the Republicans were responsible for the Great Depression of 1928-1941 under Hoover, and the Great Recession of 2008 under Bush, and government shutdown after shutdown.  Now Trump has given a  huge tax cut to the richest Americans and apparently wants to shutdown the government for his border wall!  More and more that Border Wall is becoming a part of the Republican Party.  Now hear this:  If you shutdown the Government, don’t come back!  We Americans will find a way to work it out, we will build a New Government, and we will Make America Great Again, because this time we won’t have the Republican Party to screw it up.

Posted by fauxtaographer at 10:00 AM No comments:

Capitalism is NOT free enterprise even though it proudly claims it is.  Its purpose is to accomplish two objectives.  1) To accumulate more and more wealth into fewer and fewer hands, and 2) to supplant national governments with a ruling economic hierarchy.  It intends to control all of mankind.

Donald Trump personifies Capitalism itself, especially in that he insists on blind obedience to his autocratic, nationalist, and machismoistic attacks against "others".

We may be left to discover that we all may become "others", one at a time, with no one left to come to our aid.

What do  you think about this?  I would like to hear your response.  We need to begin a discourse.

Posted by fauxtaographer at 3:27 PM No comments:

Until this week I didn't know who Jim Acosta was.  I have watched CNN in the past,  but not  much lately.  So the Presidential abolishment of Acosta from future press conferences came as a surprise.  I watched the video of the event and saw the president of the  US refusing to answer Acosta's question, no matter how he worded it, and then a woman intern tried to grab Acosta's mike and he did not let her.  She tried again and he brushed her arm away. That is what I saw take place, the same thing that might have occurred if a man had tried to take his mic away.  What I really saw taking place though, was the President of the United States being asked to clarify his comments to a member of the Press, who was apparently in the process of seeking an explanation of intention from President Trump.    THEN, I found that Acosta had been permanently abolished from attending  future press conferences.

This might very well be interpreted as President Trump giving a warning to other members of the press:  "Don't ask any other question that I don't want to answer and talk about."  If you do, you may be barred from future press conferences.  Is this a violation of the First Amendment? How does the first amendment read? We will have to paraphrase it, but the first amendment says: "Congress shall make no law . . . prohibiting the free exercise of . . . the press".  OK, so this is not congress, but the President who is  not making a law (not his territory, anyway) but he is nonetheless restricting the free exercise of the press.  The press represents the people, and the  questions asked by members of the press are the process by which the people of the United States can  construct the facts of an issue, or can figure out what is really going on.  In other words, determination of Facts, instead of propaganda.

I recall  that  Eric Sevareid (of CBS) went to Russia back in the 1950s.  He came back and commented that "Russia only reports good news".  Is that the direction that President Trump is taking us?  If he wants to meet the press or not is a choice that only he can make; but if he does decide to conduct a press conference, then he MUST respond to ALL the questions.  He can answer the questions or evade them but the press must be capable of determining what the president is trying to do.

Posted by fauxtaographer at 12:39 PM No comments:

This is what  a runaway government looks like, instead of "We the people" banding together for protection from what the future might bring  each of us individually, we are preparing to do away with Medicare, Medicaid, and Social Security, and  forming an elite rich class that can rule those miserable people down below them.  Now, in the new Supreme Court Justice, no chance to remove a runaway president or attempt any legal method of family planning, thus mostly removing women from the workplace.  In the words of
Scrooge:  “Are there no prisons?  Are there no workhouses?” 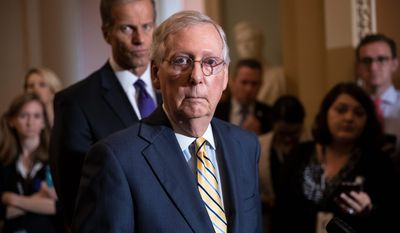 The Fourth Reich:  Adolph Hitler would be proud
Posted by fauxtaographer at 12:49 PM No comments:

By the fruit they pick, you shall know who they are.

Is it possible to judge a person you do not know by the friends they  have met and worked with over their lifetime?  If so, Donald Trump is a revelation.

Really,  his choice of Bannon says it all. But in retrospect, Bannnon seems  kind of mature. Especially when compared with Papadopoulos and Omarosa.  And then, there is  Bornstein who was Trump's doctor for nearly 37 years!  Wow!
Posted by fauxtaographer at 7:52 PM No comments:

No one made more mistakes running a government office than Robert McNamara.  He was in charge of the Defense Department during the early stages of the Vietnam war and he said in 1962 that: “running the Department of Defense is not different from running Ford Motor Company or the Catholic Church … Once you get to a certain scale, it’s all the same”.   Back then, he believed any type of organization could be run by common techniques, the same system of management.  It was only later, after harsh experiences, he began to appreciate the importance differences in culture, history, values and traditions.

So McNamara was the worst of the worst  – but wait – he has finally been "Trumped" and now is nowhere in the leadership of those who mismanage.  Government is not like ordinary management.  It requires the directing of procedures in road building, Air traffic control, running the army and the navy (plus the Air Force), Public education, the environment and many, many other agencies.   From McNamara we learned that any manager has to know WHAT it is that he or she is managing. The president is more like a conductor of an great orchestra and he or she has to know the capabilities of the players and appreciate the understandings of the audience.   Anyone who is ready to "fire" a player over a mistake they make, or to convince the audience that a miserable song is really a masterpiece, is simply someone who doesn't belong in front of any orchestra.

Posted by fauxtaographer at 8:30 PM No comments: